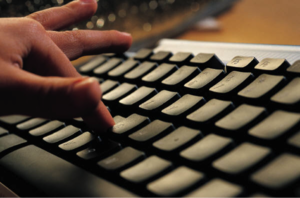 Thanks to several kind reviews I have been asked if I will write sequels for my first two books, An Agent’s Demise and To the Survivors. My third book The Persuasive Man doesn’t support a sequel for fairly obvious reasons. If you check out my forthcoming books you will know that I am writing a sequel to An Agent’s Demise called An Agent’s Rise. So what’s the problem then? Well apart from the ever present risk of writers block, which this article is great about by the way, my real problem is plot.

I had never intended that either of the books would have sequels when they were written. At one stage I was contemplating splitting To The Survivors into two books simply because it’s a big story and there was a lot to write about. The scenario there does allow further stories about the world I have imagined either following the main characters or with new points of view, or even new locations set during the same timeline. My problem here was not lack of potential for a sequel but the willingness to disappear for the months needed to write it. To The Survivors was totally absorbing when I was writing it. Even at 150,000 words I dropped several chapters and plot areas. Now back in full time employment, my writing time is limited. My fourth book The Observer Series – Book One – The World of Fives has been sitting resting unlooked at for weeks. As you can tell from it’s title it has been planned from the start to be a series set in its own future time and place. It’s a space opera and I have started to create a whole world around it with potentially a very large cast. I hope to get some time to work on it over the winter but just now I’m back to the purpose of this article – a proper sequel. So putting my other books aside what is my problem with writing the sequel?

I haven’t lost it completely, but I created several problems in An Agent’s Demise and in retrospect I wish I had finished the book a couple of chapters earlier or at least left out a few components. I tried to tidy up too much. Consequently, even the start of An Agent’s Rise has proved difficult. Where do I start, who do I start with? The political context was also important. The current timeline for An Agent’s Demise was 2005/6 with the news full of London bombings, and the ongoing rows about dodgy dossiers. If I continue the story what is the political background; more of the same or are there some other incidents I can use to blend in fact with my fiction. I had several starting points and incidents before I settled on one start only to change it completely last weekend. Now I need to follow the plot through and unlike the original when I wrote it I still do not know how it will end.

An Agent’s Demise was criticised because of it’s large cast and extensive use of aliases for the lead character. Some of this was deliberate, the lead character accidentally creates a name, Mike, which is inadvertently shared with other Mikes, Michaels, and Micks in the story. The large cast prompted me to include a cast list at the start of the book. So starting the new book and wanting to introduce new characters, how do I remove others and narrow the cast to reasonable proportions? This is further complicated by the need to include back story elements. If I kill off a character, well remove them from the story, can I legitimately bring them back. Would the reader want a back story on that part to explain where they had been. No Dallas shower dreams to render huge chunks of storyline irrelevant but the Bourne films managed to bring the lead back from his escape as the main story – nice technique but not one easy to replicate or amend. Of course that process can influence. Police procedural series always have a new case, a new killer because that is the nature of police work, some of these series have led to plenty of books featuring the lead protagonist from Poirot to Morse to Rebus. The Jack Reacher series has several thrillers, but these heroes never seem to get older, slower and don’t forget Bond, the films change the lead character to refresh and has spawned whole new plots that Ian Fleming never envisaged. The plot links are tenuous, suddenly old friends or past incidents that were never mentioned in the first books appear as back story in the new book. Travel never takes time, daily routine never interferes, apartments are always immaculate or sparse, no clothes are washed. Life doesn’t exist in these stories. I appreciate people don’t want reality in a story but that leaves a sequel in more trouble. At the end of every Bond film (not the Daniel Craig series interestingly), Bond is left with a girl but in the next film the girl is gone. The only exception is the killed wife who is occasionally mentioned. Still those sequels have had huge success as books and derived films.

Back Story and References To The First Book

How much back story should be included? At one point it felt like I was re-writing the first book in précis form which was even more confusing due to the large cast. I have backed off from this but it will need further revision. I want the book to follow on, but I also want a new reader to enjoy the book on it’s own. Is that an impossible ask? Are my only readers going to be people who have read Demise? Lots of authors have had to solve this problem even JKR doesn’t try to make the Harry Potter Series as stand alone books. Neither does Tolkien with Lord of The Rings. Some authors do, some more successfully than others, but I have also read works where the book is impossible without having read earlier parts – I just wish I knew that before I purchased the book I tried to read. I have resorted to making some references to the previous story with a quick explanation back story sentence. Whether this technique will be successful or not I’ll have to wait and see.

Will this story be it or will it again lead to a new story? A Book Three, at the moment I simply do not know as I do not have an ending. I barely have a middle! The other question is of course should I even write this sequel. It’s too late for that now, I have to write it, it’s now an itch I have to scratch but it’s more than that a need that must be fulfilled, just like writing in general. During my unemployment I wrote a lot three/four books and the starts of several others, now I’m working again I have much less time to write, but I need to, I just have to. I don’t mean blogs or tweets I mean disappearing into an imaginary world, however close to reality, and letting characters that run around in my brain at inconvenient moments put down their thoughts onto my computer’s paper. I was on the tube the other day and a man opposite looked around the carriage immediately my head was full of my lead character doing the same action. Last weekend that incident transformed into a piece of counter surveillance technique on a New York Metro, thanks whoever you were. I explained this compulsion and the characters taking over to a friend at dinner the other night, she had just flicked her hair in a particular way and I said that a little thing like that would appear as a tiny half sentence in a character and she would effectively be in the book, it is already. The dinner was on Friday night, by Saturday afternoon that tiny inconsequential gesture was part of a character. Nothing like my friend but the gesture was there. Is this what psychosis is therefore do all writers suffer from schizophrenia with their multiple personalities as their characters. When I am absorbed in writing whether a sequel or not I disappear, but when the book is finished I want to leave the characters behind, going back to some of them isn’t always like visiting old friends you haven’t seen for ages, sometimes it’s like visiting a school reunion, yes you might want to see how people turned out but do you really want to meet the school bully who made your life hell, or see that old girl/boy who you had a crush on. Visiting my favourite characters for the sequel is a mixed blessing. Still enough blogging more writing, there was another incident I watched that I want to write about, just a police car speeding down Marylebone Street… blue lights flashing as Mike walked by with barely a glance at the noise of the blues and twos…