The conspiracy is over, the mistakes and cover up are hidden and buried for good. Both sides of the Atlantic can concentrate on the threats from Islamic Terrorism. That is what they all hope. They want to enlist a hidden black asset in the chase, but there are risks to that approach.

Meanwhile, the FBI is still investigating what really happened. Is the conspiracy really over?

Al Qaeda plan new atrocities and MI6 with Homeland Security will try to stop them.

The newly-wed Michael Johnson can help but his wife is still recovering from her injuries and she is suspicious of her husband and the authorities. From the streets of San Francisco to the suburban towns of England the terrorists are plotting an outrage. 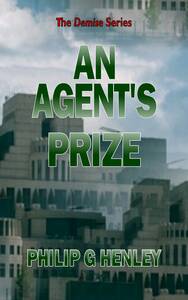 The book is also available from Amazon, UK, USA, Canada, Australia and in Germany, France, Italy, Spain, and selected other Amazon sites.