Human beings seem to have a fascination with the strong man form of government. Sometimes this is masked by the appearance of democratic election but in most cases this gives way to pure dictatorship. We seem to be going through a period of such leaders now.

In the 1930s many of the great powers of the world had dictatorial leaders. In the intervening period the form of government has continued albeit the leaders have tended to be of smaller countries in terms of world power. That is not to underestimate the damage they have caused to their own countries and their neighbours. Although Putin appears below his leadership has changed a virtually collapsed Russia back into a global power 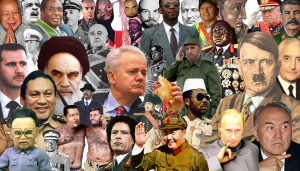 Now we appear to have entered an era of great dictators once more and a worrying trend in the behaviour of others. Turkish democracy on the surface appears robust with a near 90% turnout in the recent election. But the result of the election was to allow President Erdoğan to claim additional powers.

Combine this with further limitations on opposition leaders, the free press and total biased control of the state media and you have the trappings of a one party, one leader state. Throw in the hate for a minority group (the Kurds) that a German citizen in 1938 might recognise. Including direct military intervention across an international border. 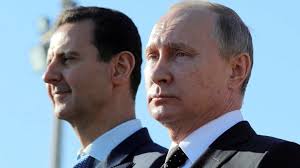 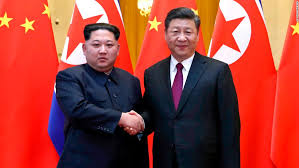 At the start of WWII the dictators appeared to support each other Mussolini, Franco, Stalin and Hitler in Europe with Hirohito in Japan.  The USA was isolationist and the Smoot-Hawley Act not only worsened and extended the Great Depression in the USA it also angered its nearest neighbours and allies. Another lesson from history seemingly ignored by the current US President.  I am not claiming that the current 45th President of the United States of America is a fascist dictator he just seems to prefer their company and seems unconcerned with angering his allies.

There seems to be several common traits on the path to dictatorship.

Spot the difference competition for all readers… 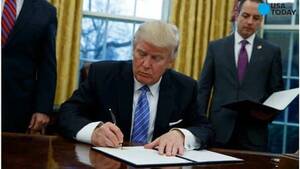 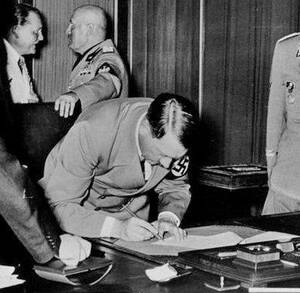 Hitler favoured edicts and decrees – so apparently does Trump based on evidence since inauguration – even ones that have a law for them e.g. No torture congressional law

I make no other comparison